An Australian man has died in hospital due to a serious assault he received whilst working as a security guard in Caboolture, a town and suburb in Moreton Bay Region, Queensland, Australia.

A 30-year-old man is assisting police with their inquiries following the serious assault of a male security guard inside a shopping centre in Caboolture on the 9th of October.

The incident occurred at around 1.40pm when a male (30), threw a chair at a shopfront in the King Street shopping centre before being approached by a security guard Charles Lewis (38).

The 30 year old man is alleged to have punched the 38-year-old security guard Charles Lewis in the face, with enough force causing him to fall backwards and strike his head on the ground local police have said.

The victim Mr Lewis had suffered severe head injuries as a result of the one-punch and was transported to the Royal Brisbane and Women’s Hospital in a critical condition.

The 30-year-old man was taken into police custody in Caboolture.

Sadly, Charles Lewis has succumbed to his injuries and has passed away on Tuesday 27th of October at the Royal Brisbane Women’s Hospital due to his injuries.

What is a Domestic Violence Order?

A DVO is a civil court order so it does not appear on an individual’s criminal history.

However, it is a criminal offence to disobey an order, and this will appear on the respondent criminal history.

It is now understood that local prosecutors will seek to upgrade the criminal charges to Manslaughter following the victim’s death.

The 30-year-old man who was charged by police has been remanded in custody and will reappear in Maroochydore Magistrates Court on November 25.

The offence of manslaughter and penalty in Queensland.

Section 303 of the Criminal Code Act 1899 (Qld) (the Criminal Code), provides that a person is guilty of manslaughter when that person unlawfully kills another person in a way that does not constitute murder.

In more general terms, manslaughter is the unlawful killing of a person without intent to kill, usually as a result of a careless, reckless or negligent act, and includes the intentional killing of a person under extreme provocation or when a person’s state of mind has impaired their capacity to understand or to control their actions. In Queensland, the maximum penalty for manslaughter is imprisonment for life. Unlike murder, this penalty is not mandatory, so the judge has discretion in what sentence to impose in the particular circumstances of each case. 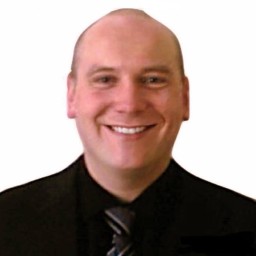 Protected: Understanding Use of Force by Security Operatives Through Root Cause Analysis